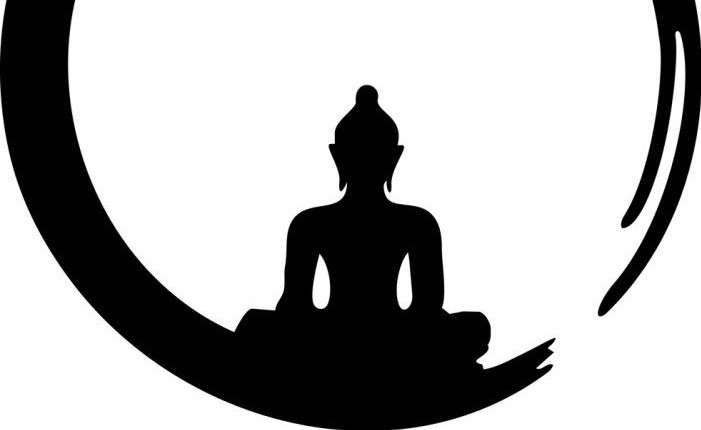 If I were to choose a single word that is of the utmost importance to me, there is a great chance I would choose “productivity.” It’s something to be proud of, and I have had some real achievements with this. On the other hand, however, I’m able to get enough sleep and have all the work easily done.

Multitasking and harmony? Oh, very nice. Maybe in the next world.

There was a time in my life where I would start four big projects at the same time and usually either fail at finishing every single one of them, or succeed at one and accomplish the rest way below the expected level. Or, sometimes, I would finish all of them, while sleeping only three hours a day for weeks and totally wrecking my health. I don’t have to tell you that I felt like a zombie and looked like one. Little children used to hide beneath their mother’s skirts when they saw me, and my everyday performance was poor, to put it mildly.

Today, I understand that even if I could do all of these things with one hand tied behind my back, while sleeping nine hours a day, it wouldn’t make sense, and I would be better off accomplishing one big task at a time, mainly because multitasking is a myth, a bad lie by the self-development “gurus.” You can listen to the radio and drive your car simultaneously, while singing a stupid song. You can have two businesses, keep up with a diet and go to gym. But as real life will show you, you can’t simultaneously write two blogs, three books, sell fax machines, learn how to juggle, keep scrolling down your Facebook newsfeed and party with your friends, while taking selfies once every three minutes. We are not robots.

As proof of this, there are many scientific research studies that show striving for multi-tasking extends the duration of projects, lowers their quality, and most probably lowers your IQ. Yep, that’s right.

It also turns your crystal awareness into a hot mess and takes away your mindfulness, which turns you into a ticking time bomb.

That’s why I only focus on one thing at a time, exactly how I deserve it. I’m not taking billions of pictures when I’m relaxing on the beach. Instead, I choose one day to take the camera and have an outdoor photo session. Slower is better.

Sleep with your “reasons why.”

So often, we don’t finish our projects because we don’t have the steps we need to stay determined. You think, “I will work on that tomorrow,” but you usually end up losing focus the morning of the next day, spending hours on pointless crap. We do it day after day and after some time, we lose sight of the reasons to get out of bed in the morning. If you want these reasons in your life, you have to sleep with them!

Take 15 minutes (or much less) every evening to decide what exactly you will do tomorrow. Write it down ON A CARD OR PIECE OF PAPER (not on your computer, tablet, smartphone, dumbphone, microwave or your forearm! Do it as I say. Don’t be a stubborn donkey)! Make it precise, so you can quickly start acting on it and finish it ASAP.

Apply this little bit of wisdom into your life and see how much you will raise your productivity.

– Have you ever wondered how much better your relationship would be if you gave it a higher priority?

– Have you ever wondered how much better your relationship would be if, instead of treating it so damn seriously, you just chilled out a little bit?

Accept meaning of the gaps

Why? Because I felt remorse. I could hear my body shouting, “Relax and rest!,” but I was sure that I should keep working anyway, because as soon as I stopped, my competition would take over within two hours, the world would collapse or the Sun would start circling the Earth. But I was wrong. That’s not what Buddha called “the non-attachment.”

Periods of ups and downs, productivity and unproductivity are a natural mechanism of the universe, and each of us is under its control, no matter how we like it. Resisting it is a little bit like a captain complaining about the waves in the sea. You can always complain, but it never leads to any real change.

In all reality, when you truly rest (100%!), your brain does the colossal work of gathering and processing new information. This often happens even in your sleep. This is the information that doesn’t make you accomplish anything RIGHT NOW, but makes you accomplish your goals much faster in the long run.

You know what spoils your productivity to a high degree and makes your stressful? All the ugly lists of unaccomplished tasks gathered in your head. They turn your brain into a computer with hundreds of opened pop-up windows and ads, and just when you’re about to start doing something really crucial, an annoying window appears: “Ding! You promised you would buy cat litter!” or “It’s Bob’s birthday tomorrow!” Additionally, overloaded systems have this charming feature of crashing, and your free time is often limited to a constant attempt at forgetting what else there is to do, instead of doing something pleasant and relaxing. In the best case-scenario, it switches you to, “Avoid what makes you unhappy” instead of “Do what makes you happier.”

Here’s what you should do to avoid that:

a) Gather the things to be done in one place, but not your brain. That’s how you release it from the function of “Remember and remind!” which sets free about 90% of your resources. On the other hand, one place to store all the info liberates you from constantly worrying and trying to remember where the precious data was stored.

b) Apply the two-minute rule. If it takes no more than two minutes to accomplish a task, it’s the best to do it right away. It clears your mind from all these little tasks that you would often think longer about than it would take to quickly “kill them” and cross them off your list. Everyone who is familiar with the word “procrastination” knows how detrimental it can be.

If you think that there’s too much in your head and time is running crazy like a robber with a woman’s bag, try out these rules. You can apply every single one of them instantly. Each of them is easy and will give a much better result than you would probably think.

Cut Off EVERYTHING That Doesn’t Support You 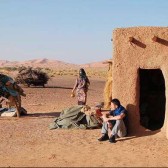 View all posts by Ian Tuhovski » 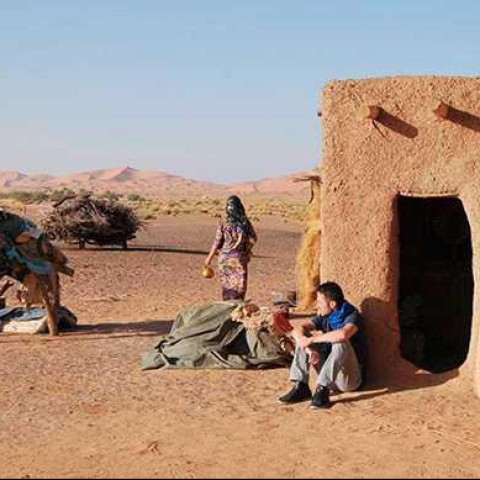 ...and I am interested in life. I am in the study of having an awesome and passionate life, which I believe is within the reach of practically everyone. I’m not a mentor or a guru. I’m not a millionaire and this is not a religious blog. I’m just a guy who always knew there was more than we are told. I managed to turn my life around from way below my expectations to a really satisfying life, and now I want to share this fascinating journey with you so that you can do it, too.

Living the Life of Freedom, Part 1
Next

Cut Off EVERYTHING That Doesn’t Support You